What Are The Health Benefits Of Walking For Seniors? 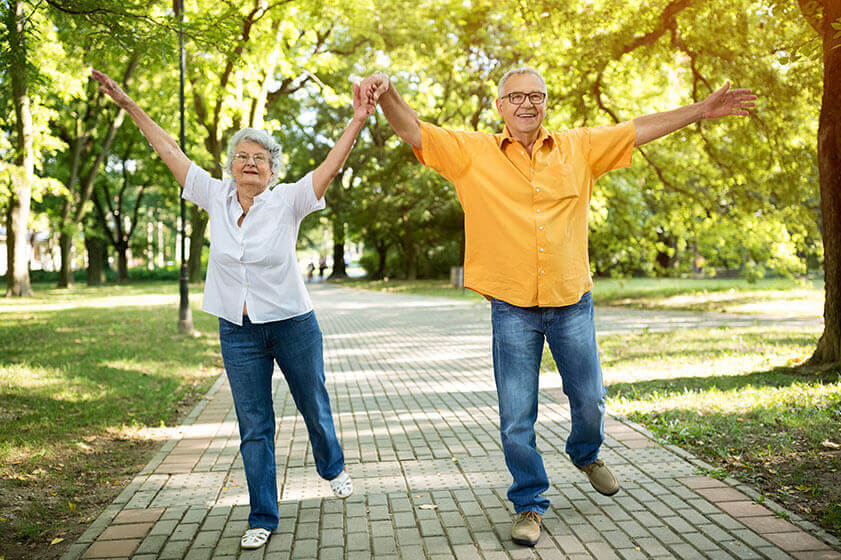 Walking may be one of the easiest and most effective forms of exercise out there for you and your loved ones.

Here are seven benefits of walking to help motivate you to start getting active:

Walking is a great approach to improve your immune system naturally. A study of 1000 individuals discovered that those who walked 20 minutes five days a week had 43 percent fewer sick days than those who did not. Walking has also been found to lower your risk of getting chronic illnesses, such as some forms of cancer.

A Harvard study of almost 12,000 people discovered that those who walked briskly for roughly an hour a day were much less likely to be affected by 32 prevalent obesity-promoting genes. Similarly, a new study suggests that frequent walking might help you control your sweet appetite, resulting in fewer cravings and less consumption of harmful, sugary sweets.

If you go for a stroll early in the morning, it can be easier to catch better and more sleep at night. Researchers from Seattle’s Fred Hutchinson Cancer Research Center researched on women between the ages of 50 and 75 and observed that those who walked every morning had a lower risk of sleeplessness than those who didn’t.

Walking may be a good way for elders to keep their minds fresh as they get older. In a study of women aged 65 and more, researchers from the University of California San Francisco discovered that those who walked more had less age-related mental impairment overall. The more test individuals walked, the less likely they were to suffer from mental deterioration. Similarly, a University of Virginia study of males aged 71 to 93 revealed that those who walked a quarter mile or more each day had half the risk of Alzheimer’s disease or dementia as those who did not.

Going for a stroll might be a great approach to boost your mental health and happiness. Research conducted by California State University Long Beach discovered a link between mood and walking. In other words, the more steps a person did every day, the happier and more optimistic they were. Walking may assist in naturally releasing endorphins and increase circular breathing, resulting in favorable emotional effects.

When you go out and walk around, you are much more likely to connect with others, whether that means joining a local walking club, or simply chatting with neighbors as you go down the block. In any case, research has repeatedly demonstrated the enormous benefits of staying social for seniors’ mental and physical well-being. At the Caruth Haven Court’s community, we look out for one another and have many activities planned to encourage the natural movement of walking.

Thanksgiving Foods And Desserts Every Seniors Will Love
February 24, 2022

How To Convince Your Parents To Stop Driving
February 18, 2022