How Being In Nature Can Boost Your Mental Health 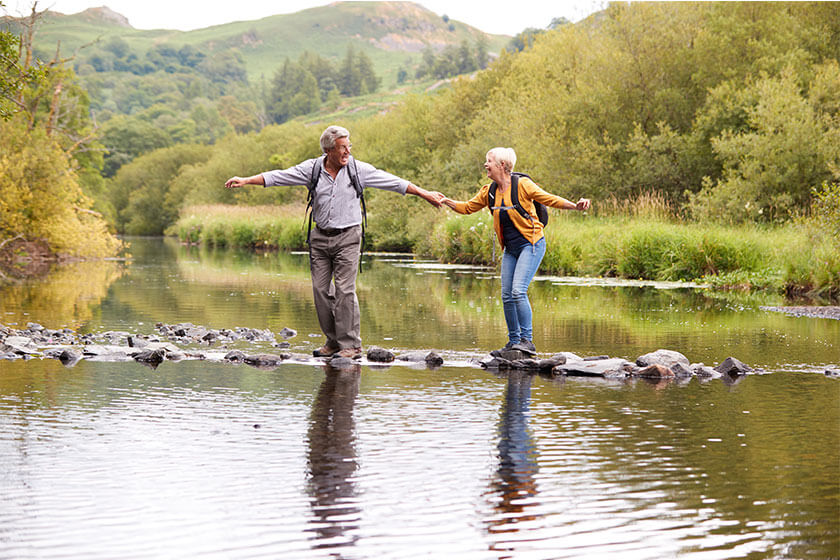 Researchers have found an important connection between nature and mental health. Those that spend time outdoors near beaches, forests, parks and rivers will gain the following benefits.

Those that spend time in natural environments will have less stress, anger and fear while experiencing a boost in pleasant feelings. You will also enjoy multiple health benefits such as lower blood pressure, reduced muscle tension and a stronger heart rate. Even placing a single plant indoors has been linked to reduced anxiety.

Sunlight is one of the most powerful forms of illumination. When it comes up in the morning the rays are full of infrared light which makes it distinct from the illumination you’ll get later in the day, because infrared has been found to alleviate depression, anxiety and sleep difficulties. Scientists have even discovered that infrared can be used to circulate blood which is oxygen rich, which will heal your cells.

To get the maximum benefits you’ll want to expose yourself to morning sunlight for at least thirty to forty five minutes. Another benefit of the morning sun is that unlike later in the day, the light provides comfort and warmth without being too hot, especially during summer, and will activate the body’s naturalized hormones and processes.

Exposure to Nature Can Alleviate Pain

A lot of people develop chronic pain, especially as they get older. Some of it comes from arthritis or other conditions, and while many people look for a solution in the form of prescription drugs, spending time around water, plants and trees is another way of reducing discomfort. Scientists aren’t yet sure why this is the case, but a study undertaken on patients who were recovering from gallbladder surgery discovered that the patients who stared at images of trees reported feeling less pain than patients that stared at a blank wall.

Nature is anything but sedentary. Everything is in a state of flux and movement, and those that spend time within forests, mountains, beaches, rivers and lakes will be encouraged to remain physically active one way or another. This could manifest itself in the form of swimming, rowing a boat, jogging, bicycling or climbing.

By doing this your mind and body will be strengthened simultaneously and you’ll decrease hormones such as cortisol while promoting positive hormones like serotonin and endorphins. This will result in better sleep and higher energy levels when you’re awake, and for those recovering from illness or surgery they can start by practicing yoga outdoors since it is relaxing with a low risk of injury.

Nature Will Boost Your Mood

Those who are depressed, frustrated or anxious will boost their mood by spending time in a natural environment. This is because nature has restorative properties that aren’t fully understood to scientists. But it has been determined that your vitality and psychological wellbeing will be enhanced by spending time outside, especially when you’re around animals and this is especially true for those that have ADHD, dementia and other cognitive disorders.

The Connection Between Aging Brain And Cognitive Ability
June 19, 2022

Contact Us
Go to Top
Reveal Pricing
Schedule a Tour